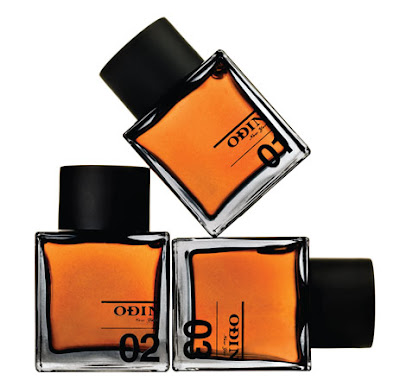 Upon moving to NYC four years ago, I resided on Avenue C between 11th and 12th or what is officially known as The East Village. One day I decided to explore the neighborhood and came across the most magical place I have ever encountered: Odin. Style.com has written a brief synopsis of what to expect in the near future from this budding lifestyle enterprise:

If the days of free spending are over, nobody passed the message on to Odin’s Eddy Chai and Paul Birardi. While other retailers are bemoaning the latest consumer confidence report, these two are empire-building, with new addresses and product debuts slated for fall. First, the musical chairs. Chai and Birardi are swapping spaces with Oliver Spencer, whose Greenwich Village shop will become a new Odin branch. Spencer will take over the single-brand Den in the East Village; Den will move to the expanding Odin flagship in Soho. Expect it all to go down in the first week of September—in other words, just in time for the New York fashion week crush. Then, the debuts. Odin’s first fragrances (Nomad, an oriental; Owari, a citrus; and Century, a woody chypre, pictured) bow in October. The notes may be abstruse enough to appeal to scent maniacs—”creamy heliotrope” here, “liquid myrrh” there—but the goal, says Birardi, is to bring the flavor of Odin to all. “From our perspective, scent is a great way to reach people, because it’s sensory rather than, say, a shirt or something that may or may not fit.” That last issue may be resolved with the coming of Edward, a competitively priced line of menswear essentials Chai and Birardi are designing with Duckie Brown’s Steven Cox and Daniel Silver. Like the fragrances, the line will arrive at the stores in November and expand to other outlets for spring. Smells like conquest to us—or maybe that’s just the creamy heliotrope.